We often make changes and roll out several new features on the MOLOCO Cloud APIs. These changes are nearly always backward compatible, however, some of them are inevitably backward incompatible. To mitigate the migration problem, we version for APIs and make those changes not to be directly applied to the latest stable version. Those changes are going to be bundled and released as the next version.

Changes introduced outside of a version release are documented in our change logs.

Below is an example release schedule . We will notify you in prior to the version update through your Moloco representatives. 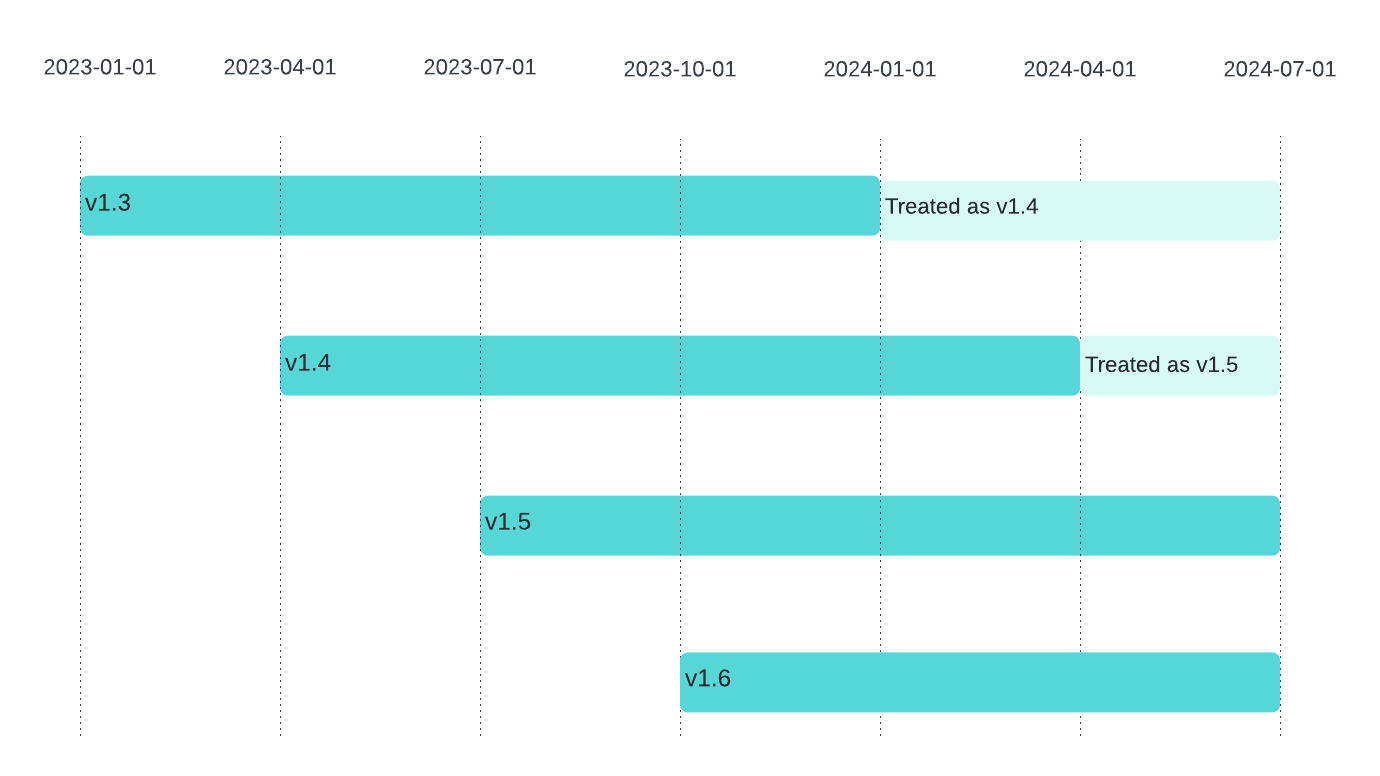 How to specify the version

You should specify the version of the API it is using.

If you don't specify your version, we'll regard it as it is using the oldest stable version of APIs. For example, if the current supported versions are v1.1, v1.2, v1.3, then it'll be treated as v1.1.
To migrate to the newer version, please check if you handled all the changes made on the new version. The details of changes in each version could be find in the Release Notes.

Do not use multiple versions.

Please do not use different versions over the endpoints. We strongly suggest you use only a single version at a time.

We categorize the changes and decide whether the change will be directly applied to the service or released as the following version.

Breaking changes are any changes that require developer resources to maintain existing functionality. These changes will not affect the current stable versions and going to become effective as the new version. A list of breaking changes are things like: